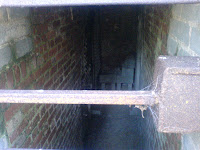 The bunker on newborough warren was the control for the q site or decoy lighting pattern that was built on the dunes in 1941 to fool german bombers from raiding r.a.f.valley further along the coast , ther were no raids here or at valley during the war . 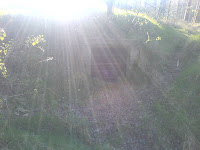 The site has been radically changed over the years and in 1992 the site was buried under the dunes but as shown the entrance is still visible but is locked as the bunker is now home for a colony of bats so i thought best not to get to nosey! 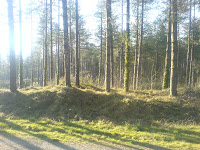 Sadly the only aircraft decoyed to the site was beaufighter x8190 from 456 sqn valley which crashed trying to land on the night of the 8/10/42 killing the 2 australian crew members sgt r.scott and observer/radio operator sct c.a.wood, the plane fell some where in this pic but thats all i have on this accident .
Roy sloan's book 'anglesey air accidents ' is a very good ref on the islands air accidents
ref for the bunker is / 413 641
but don't upset the bats !
Posted by matt zx at 02:56

Hi there,
I am the person who posted so called mystery pic on Geograph!
I am most grateful for your information regarding the site.
As I have several other pictures that are not doing a lot at present I wondered if they would be any use to you for the blog, if so, please let me know, would obviously need email addy to send to you,
regards,
A. Harris

Hi Archie glad to of been of some help ! yes any pics would be for a new post !

Re:1992, and site being buried under dunes, was this just nature taking its course, or were the remains deliberately covered over?

The burial was deliberate by the forestry commission as a safe environment for the local Bats .

Typical, damn History!
Thanks for info.

Can you please contact me,
visited site recently and have some news....

Hi Archie my email is xjboy550@yahoo.co.uk .