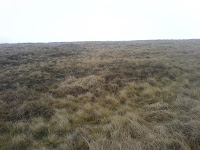 These two plane crashed very close to each other and the a54 buxton road the patch above is around where a dh-60 moth crashed on the 11/10/34 both on board survived .
http://peakwreckhunters.blogspot.com has a much better ref for this plane . 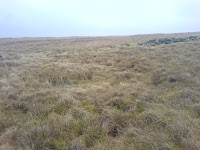 The small depression just by the wall is about where oxford EB717 crashed on 12/5/43 with the loss of the pilot sgt john wilson , the plane broke up through the wall and for about 30 or so yrds behind it. 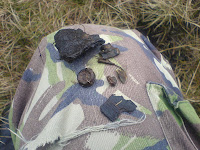 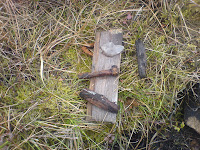