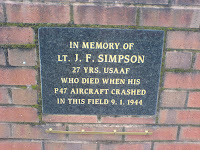 On a small bridge on Saughall Massie RD ,Birkenhead is this memorial to the loss of P-47 42-75584!.
The plane was on a pre-delivery flight when it went out of control the plane was reported to be on fire by a witness and to be trying to get down at R.A.F. West Kirby but fell inverted into a field next to the bridge with the loss of Pilot Lieutenant Jay Frederick Simpson ! 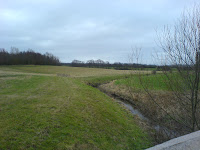 The site has been excavated in 1974 and remains are at the Perch Rock Museum !
Posted by matt zx at 07:57