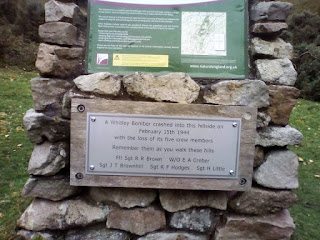 A productive day out in Shropshire found the memorial and then by good eye sight the actual crash site of Armstrong Whitworth Whitley, Mk. 5, BD420 of No 81 OTU that crashed 15th February 1944 in Witton Dingle ,Stiperstones , Ministerley , Salop The plane on a Glider towing training flight with 81 Operational Training Unit, RAF Sleap, took off at about 1745 towing Horsa HA443 and while flying low near high ground in turbulent conditions disintegrated, crashing south of Minsterley, at 1825. All five crew of the Whitley died, the pilot being buried at Chester, Cheshire. The Horsa safely released and forced landed. at the site there is a small burn area with a few small remains but enough to confirm the site 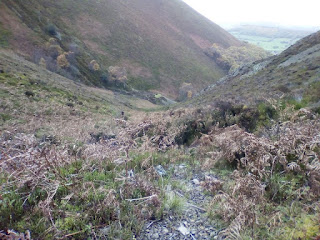 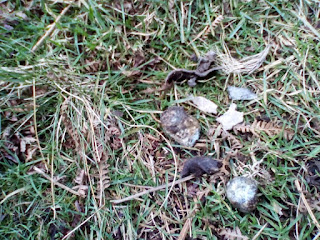 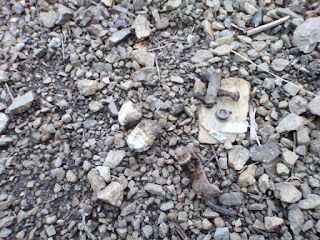