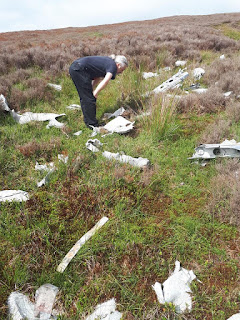 Just back from a trip into the trough of Bowland , Lancashire to visit the crash site of Mustang Mk1 AP208 which crashed high on Holdren Moss Near Dunsop Bridge with the sad loss of the Canadian Pilot, Flying Officer S.P.Marlatt ,the fighter on a photographic flight had left its base at RAF Clifton near York only 20 minutes before the crash on the cloud shrouded hills . 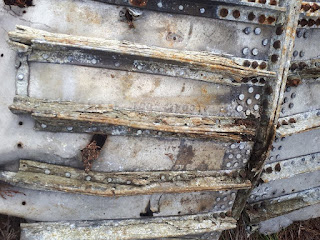 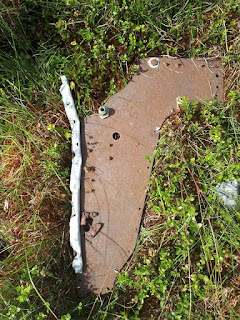 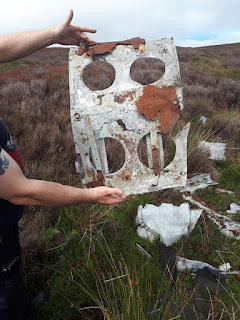 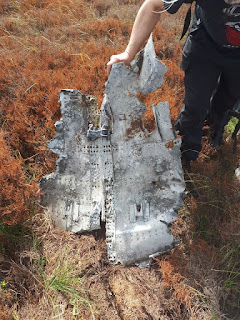 The site looks as it did on the http://laituk.org website and in David Earls 'Hell on high ground 'book [Both well worth reading] the flap and tank remains are still littering the site as well as many other parts but the best was part of the fire wall Armour and part of the lower rear fuselage 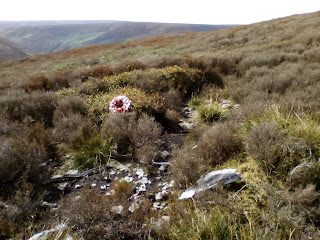 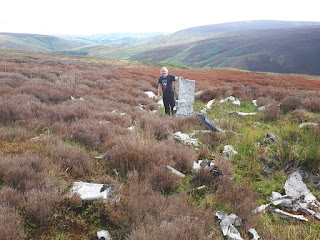 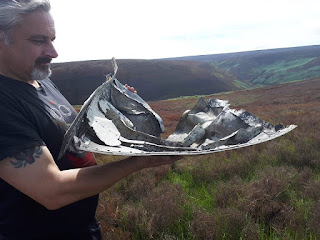 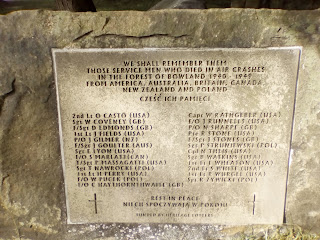