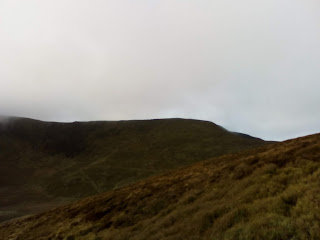 My second site on Cadair Bronwen was to the find the last resting place of B-17E 41-9098 of the  340th bomb Sqn , 97th bomb group flying from RAF Polebrook Northhamptonshire on the 11th of August 1942 , the flight was in preparation of the first US bombing mission to Rouen six day later on this day sadly the crew encountered the weather that masks these mountains so often flying low to try to remain in contact with the ground the plane was heard by R.O.C who knew the plane was too low lighting Flares as part of 'Granite ' drill to help tragically the bomber hit the slopes of Cadair Bronwen shortly after bursting into flames with the loss of all 11 crew . 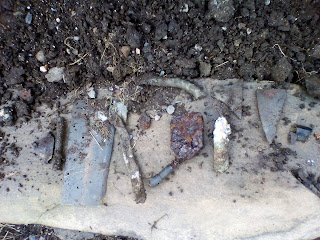 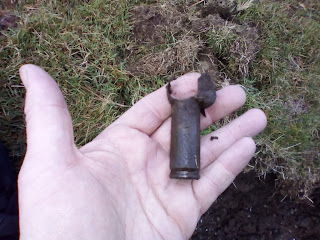 At the site today much has been hidden by nature the bare earth patch shown a few years back on sites such as www.peakdistrictaircrashes.co.uk , has been covered in rough grass so much i didn't even know i was on the site untill i walked past and could see the disturbance but after a look at the scrapes made by the local sheep i found numerous items but by far the best were the blown .50 41 stamped case and the [unbelievably] complete fuse and holder . 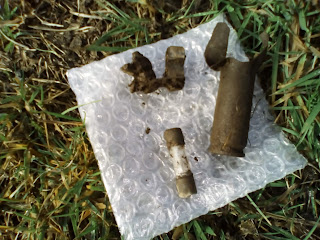 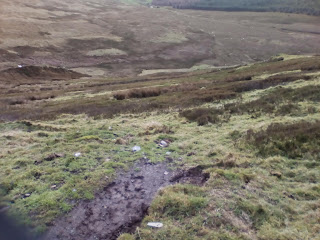