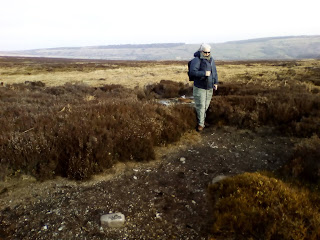 From my trip north to the moors with the the Tricia , this is the first of 3 sites I managed to visit .
On  are the small remains of Wellington DV810 from 21 OTU , RAF Edge hill .
Plane took off in very poor weather for a night navigation exercise on Dec 9, 1942   the training crew over seen by Flight Officer Stanley 'Tubby ' Baker [who had argued against the flight even taking place until ordered by higher command] became lost in the worsening conditions later in the flight the radio picked up a Barrage balloon warning beacon they had wandered into a industrial area, Baker took over the controls and flying east to get over the coast , later believing they were over the sea he let down to get a fix but breaking cloud the bomber hit the flat moor of Broomhead skidding to a stop and bursting into flames the crew exited the wrecked plane all thankfully survived . 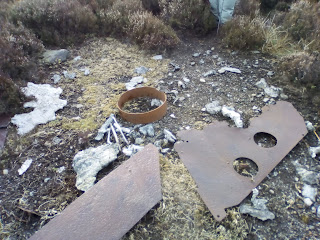 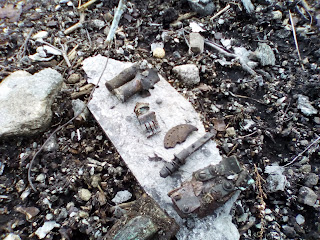 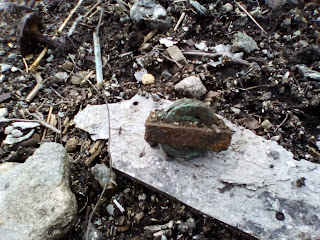 On the moor the site looked unchanged from pictures taken some years ago a burn area littered with interesting small parts and a collection of Armour and i believe a brake component nearby ? after a little walk around i found quite a few .303 heads and blown cases, buckles and a copper winding 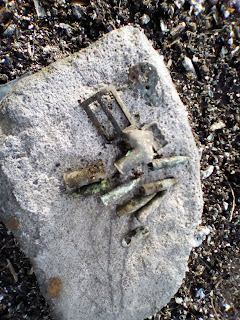 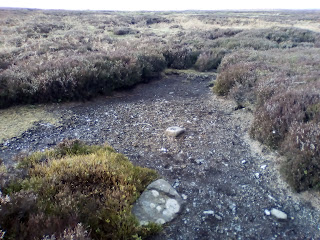