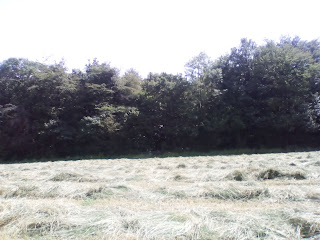 A trip out with Tricia to the the beautiful area around Unthank ,Millthorpe, Derbyshire to visit the crash site of USAF RF-4C Phantom 64-1018 flying from RAF Alconbury on the 6th May 1970. 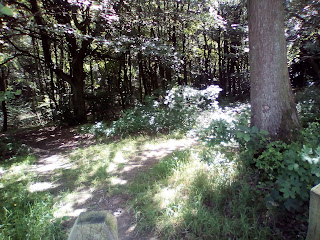 The crew both experienced Vietnam veterans were flying 64-1018 as part of a pair taking part in a NATO exercise practicing combat maneuvering ,during a high speed evasive turn the controls locked given the speed and height the crew had almost no time to try to save the aircraft left with no choice ejected over Curbar edge a short distance away both landed safely but the Pilot Major D.E.Tokar hit some rocks and suffered a broken leg , the jet continued on in a high speed dive falling in to the edge of Rose wood blasting a crater some 20ft deep and 50ft wide at the edge of the wood the phantom shattered in to thousands of pieces throwing remains up to half a mile away some bigger parts even damaging farm buildings at nearby Unthank farm 300mtrs away .

Both crew were quickly recovered and later returned to active service 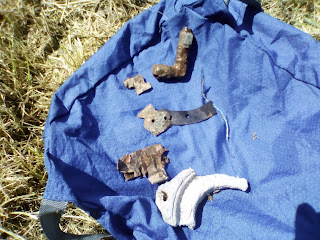 At the site today after a pleasant walk across the fields you find a small depression just inside the woodland the crater being filled in by recovery crews just nearby are some stumps of tress blasted by the crashing aircraft after a little walk around i found nothing on the actual site but further out some interesting bits were found the best a fluid elbow and lay on the leaves by the brook the largest part was a chunk of aluminum coupler much else remains hidden but given the speed of impact and total destruction of the plane much will be unrecognizable.
Crew =
Pilot Major D.E.Tokar
Navigator Major P.Dunn 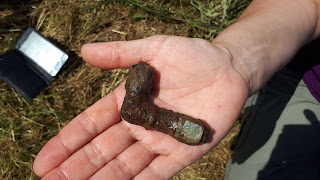 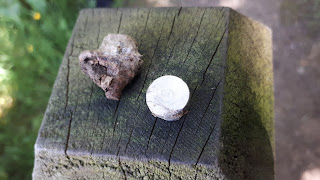