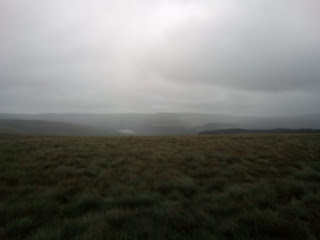 This is my second site from my trip out and is Defiant N1766 96 SQN, RAF Cranage which crashed on Rowlee pasture above the Derwent valley on the night of april 12th 1941.
The plane with 2 crew was on a night flying practice flight from RAF Cranage to Digby, Lincolnshire but due to very poor weather the aircraft strayed 20 miles off course, with a failing RT and engine trouble the 2 crew elected to bail out over the unknown ground but luckily both survived the defiant impacted on a high flat moor where it buried itself . 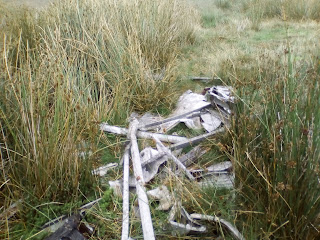 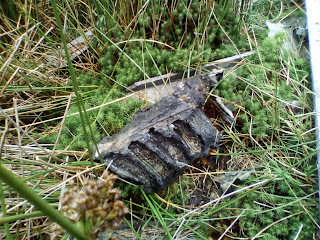 The engine was recovered from its hiding place in 1980 and i belive is now to be seen at the Yorkshire air museum though much surface wreckage has gone a small collection of items can still be seen on site the best being a large piece of battery and a small panel with scoop which I think maybe from one of the engine covers the hole the engine was dug out of still remains though now full of water . 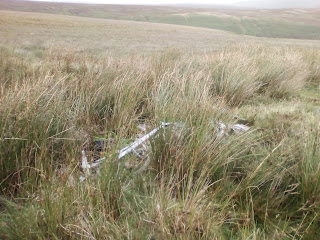 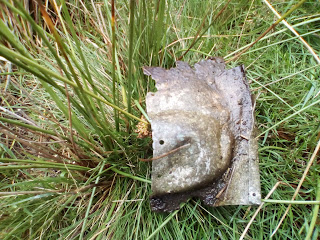 Crew =
Pilot F/Lt P.W.Rabone D,F,C , RNZAF
Air gunner F/O John Ritchie
Rabone later promoted to Squadron leader would by the time of his loss on the 24/7/1944 during a sortie in a mosquito gained a total of 10 air to air kills
Posted by matt zx at 06:10