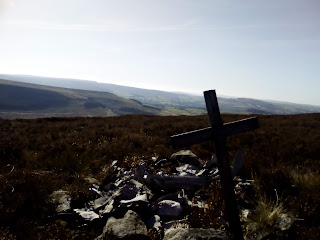 Another site from the peak district this site no far from the 3 Hurricanes in my last post on Tintwhistle Knarr is the last resting place of remains of P-38J 42-67207 554 Fighter Squadron R.A.F.Gox hill , May 10th 1944 . 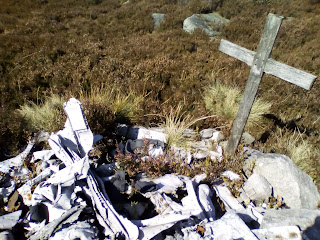 The plane piloted by F/o H.A.Jones USAF was to have taken part in a 4 ship gun camera and single engine handling ,navigation training flight but on taking off the pilot could not locate his flight he was directed to form up with another 3 plane fight that had taken off at the same time , heading west the planes encountered cloud over the rising ground of the Pennines on turning out of cloud 42-67207 was missing returning to Gox hill this was reported by the flight but nothing more was known until the pilot with the remains of his plane were found high on the hill of Tintwhistle Knarr , an eyewitness reported the plane was in difficulty and flying on one engine F/o Jones was a very experienced pilot on type with around 300 hrs at the time of his loss . 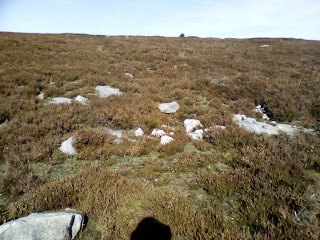 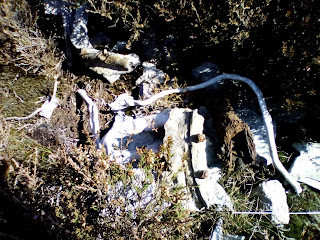 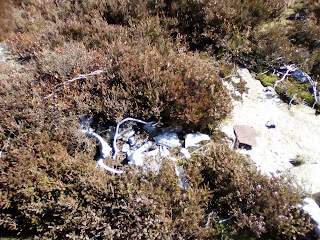