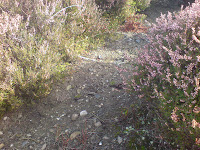 Beaufighter T,F MK X NE203 was on a ferry flight on the 3/11/1943 when in cloud the plane struck the area called Worlds end not far from Llangollen with the loss of the ATA pilot John Shepherd, a small patch of remains litter the crash scar but not far away someone has been digging? 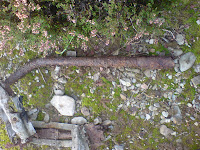 This part was by one of the burial pits that has been dug up in the last year! judging by the lack of corrosion on some of the parts ! 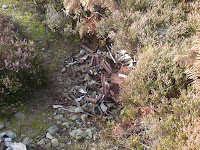