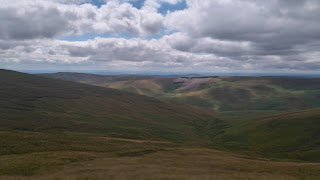 A trip into Wales for a walk with Sean and the dogs.

On the 7th September 1941 Avro Anson N9617, 10th OTU RAF.Abingdon, Oxfordshire took off on a training flight over the west of England.
Onboard was a crew of 5, the pilot 2 navigators and 2 radio operators, flying over the borders of Wales the plane entered the cloud and mist that frequently cover the area around the Berwyns. One of the navigators Sgt L.Copland called the pilot informing him to climb as they were in amongst high ground, pulling up just in time the plane impacted sloping ground on the lower flanks of Moel Sych. 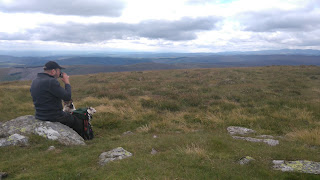 Coming to rest smashed though intact and the plane did not suffer a post crash fire but sadly the pilot P/o T.L.Weller was lost in the crash. Weller had survived an earlier crash on 5th January 1941 at Brough airfield in Tigermoth T5372.

After the crash the surviving crew with varying degrees of injury had to find help before dark, Sgt Frank Mitchell the least hurt of the 4 made his way down the mountain to find rescue [sadly Mitchell was to die only a year later in Whitley BD576 in a training accident at RAF Stanton Harcourt] 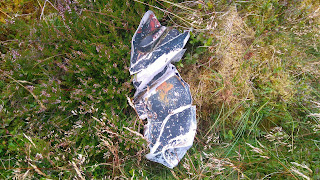 After a pleasant walk up Moel Sych we arrived at the only ref I had, after a short search Sean spotted a piece of skinning with green paint and further up I found a black painted part. This is all that we could find of N9617, we placed the parts back in the heather where I hope it will remain as a memory of this crash. 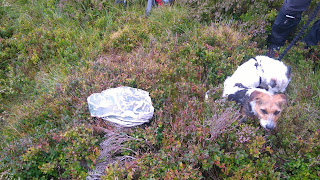